Size750mL Proof75 (37.5% ABV)
"Unconventional" is the name of the game. This rum can be traced back to the creative minds behind Rum and Crab Shack in St. Ives, Cornwall. Throwing tradition into the wind, they crafted this unique spiced rum that's equally suited for sipping or cocktails. 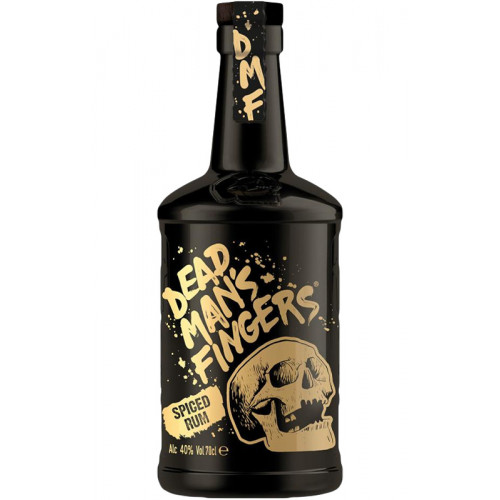 The Rum and Crab Shack in St. Ives, Cornwall, is a famous seafood restaurant that loves doing things unconventionally. It was there, that Dead Man's Fingers Spiced Rum was born, combining unusual flavors such as Cornish saffron cake, Pedro Ximenez Sherry ice cream, as well as nutmeg, vanilla, and orange. Designed to be a delicious sipper, it's the orange component that plays particularly well with cocktails as well.

Crab is one of the most popular items on the restaurant's menu. The rum didn't get its name from pirates or the Caribbean, but rather the crab's gills, also called "dead man's fingers" ― named so for their foul taste. They currently have a number of flavored rum expressions in their lineup: Cherry Rum, Banana Rum, Passion Fruit Rum, Raspberry Rum, Hazelnut Rum, Lime Rum, Mango Rum, Pineapple Rum, Hemp Rum, Coffee Rum, and Coconut Rum.

The Spiced Rum serves as the base for all their expressions. Distilled at the Bristol and Bath Rum Distillery, it was first released in 2015. The 75-proof rum features a unique taste profile with saffron cake, sherry ice cream, caramel, vanilla, cinnamon, nutmeg, and orange notes with tropical touches, dried fruit, and black pepper.

Get your bottle of this spiced rum today!