Size1420mL Proof11.8 (5.9% ABV)
Part of the Bacardi Real Rum Cocktails collection, Bacardi Rum Punch Cocktail is a ready-to-drink cocktail, made with Bacardi Superior Rum and all natural flavors.
Notify me when this product is back in stock. 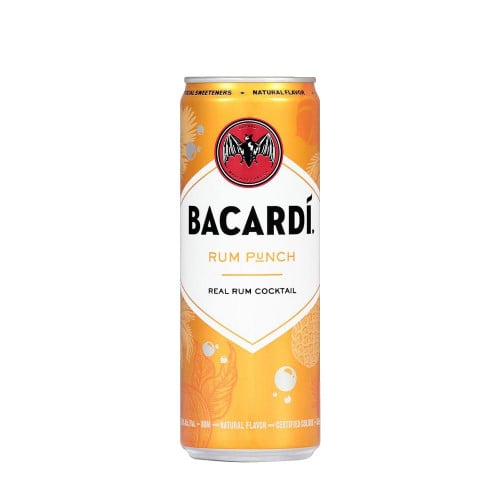 Part of the Bacardi Real Rum Cocktails collection, Bacardi Rum Punch Cocktail is a ready-to-drink cocktail, made with Bacardi Superior Rum. Crafted with all natural flavors and ingredients, including cane sugar and natural juices with zero artificial sweeteners, it's bottled at 11.8 proof. Refreshing and fun, this is the ideal choice for those carefree summer days spent with friends.

This rum punch offers a unique balance of fresh pineapple, sweet orange, and ripe mango flavors with just a touch of passionfruit. Sweet and refreshing.