This product is available in: DC, FL, IL, NY, TX Unfortunately, we can't ship to PO Boxes and APO addresses.

Size750mL Proof26 (13% ABV)
This is a premium cream-based coconut liqueur from Bacardi, inspired by a traditional Puerto Rican holiday cocktail. Made with Bacardi Superior rum.
Notify me when this product is back in stock.

This product is available in: DC, FL, IL, NY, TX Unfortunately, we can't ship to PO Boxes and APO addresses. 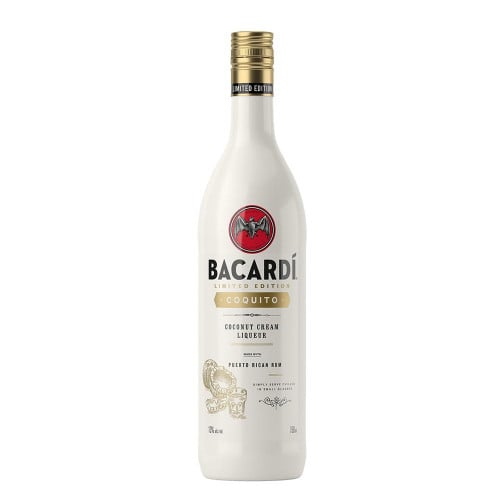 Bacardi Coquito Coconut Cream Liqueur is a cream-based coconut liqueur from Bacardi. Inspired by a traditional Puerto Rican holiday cocktail – coquito is the Puerto Rican answer to eggnog , this premium coconut cream liqueur is made with Bacardi Superior rum and a mix of cinnamon, vanilla, and other spices. Bottled at 26 proof, this is a silky offering with flavors of coconut, toasty notes and vanilla. Celebrating the Caribbean culture, it’ll make for the perfect tropical cocktail at any occasion.

The nose is tropical with aromas of coconut greeting first. A silky and creamy palate with flavors of coconut, toast, vanilla, and cinnamon. A sweet finish.