Size750mL Proof80 (40% ABV)
This avant-garde Japanese vodka is crafted from 100% rice and is filtered through bamboo.
Notify me when this product is back in stock. 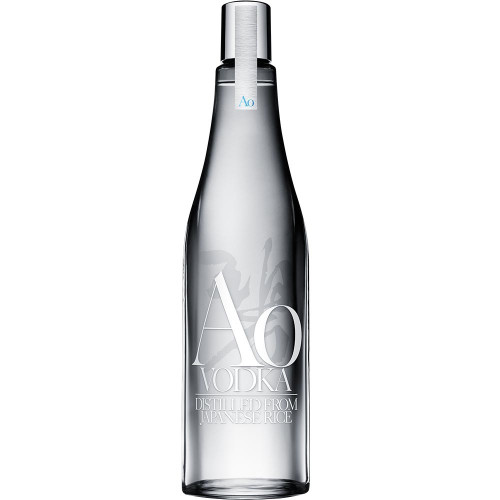 Crafted from 100% Japanese rice and water sourced from the island of Kyushu, Ao Vodka is distilled in small pot stills and clarified through bamboo filtration. The vodka takes its name from the Japanese word ao, which, although it translates literally to “blue,” is used to describe the many shades of green in Japanese nature and culture, including the country’s distinct rice paddy landscapes.

Ao Vodka has a clean aroma of rice, coconut and sweet mint. The palate has a slight hint of banana leaves, and leads to a smooth, warming finish accented by notes of rice pudding.

Although inspired by traditional Scottish distilleries, Torii envisioned a uniquely Japanese approach to whisky and chose a location for his distillery that offered a climate and terrain that were completely different than those of Scotland. Nestled on the periphery of Kyoto, Yamazaki Distillery is situated at the confluence of three rivers (the Katsura, Uji, and Kizu) that provide the warm, damp environment ideal for the production and maturation of whisky.

While Suntory is known throughout the world for its remarkable whisky, the company has recently adopted its signature approach of “simplicity, refinement, and subtle complexity” to an altogether new spirit for the distillery: vodka.
Explore all Ao Vodka bottles >>

Clean aroma of rice, coconut and sweet mint. The palate has a slight hint of banana leaves, and leads to a smooth, warming finish accented by notes of rice pudding.