Learn more
Size750mL Proof68 (34% ABV) *Please note that the ABV of this bottle may vary
Celebrating the 120th anniversary of the founding of Amaro Lucano by Pasquale Vena, this amaro liqueur is crafted with more than 30 herbs. It's bottled at a higher 68 proof than the original Amaro Lucano, making for an even richer and more intense drinking experience. 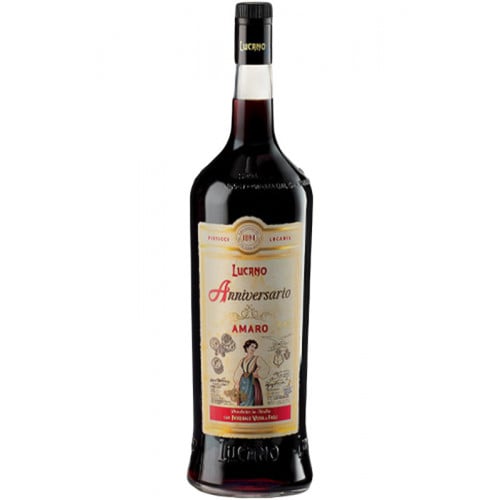 Pasquale Vena was born in 1871 in the small town of Pisticci in Southern Italy. He moved to Naples with his brothers who soon went to seek their fortunes in America. Pasquale, on the other hand, stayed behind, focusing on his love for confectionery and getting a job at a famous shop. Growing homesick, he moved back to Pisticci to open a biscuit factory. But his secret passion lay elsewhere. A budding herbologist, he was constantly testing various combinations of herbs with the goal of crafting a perfect liqueur. In 1894, he succeeded and Amaro Lucano was born.

The liqueur soon gained considerable success and Pasquale became the official supplier of the amaro to the Savoy Royal family. The business was expanding but was forced to briefly halt production during World War II. In 1965 the production was moved to a brand new plant in Pisticci Scalo, reaching 117,000 liters of amaro per year. The operation is now led by Vena's grandson Pasquale with the help of his family.

Amaro Lucano is crafted with a blend of 30 carefully selected herbs that include artemisia absinthium, artemisia pontica, clary sage, musk yarrow, holy thistle, bitter orange, gentian, angelica, sambucus elderberry, ruta, aloe, and cinnamon. After the herbs have been selected, they are dried naturally, crushed, and infused in a solution of pure alcohol and water. After the mixture is hot-pressed and blended, the secret ingredient is added ― a task, passed down from one Vena to another. The extract is aged for 5 months, then mixed with pure alcohol, essential oils, water, sugar, and caramel. Finally, the liqueur is filtered and bottled at 56 proof. This historic liqueur has won several of the most prestigious awards from around the globe.

This expression celebrates the 120th anniversary of the founding of Amaro Lucano. Over 30 botanicals go into this liqueur that is bottled at a higher 68 proof, making for an even richer and more intense drinking experience.

Get your bottle of this unique amaro today!

The nose is sweet and herbal with licorice, citrus, cola, and clove. On the bitter and sweet palate, you'll find more cola, chocolate, berry, black pepper, and herbs. The finish is complex with lingering spice and gentle bitterness.