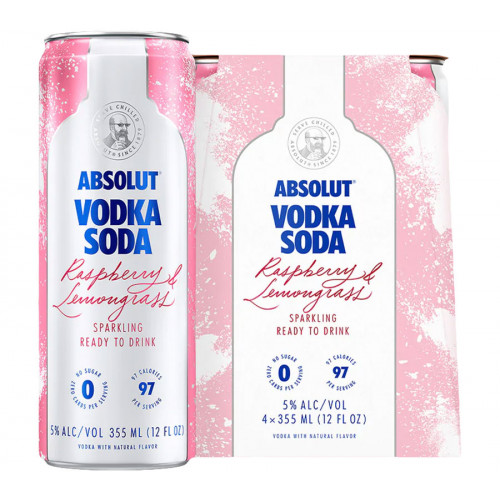 Produced in Sweden by Absolut Vodka and bottled at 10 (5% ABV) proof, this well-rounded Cocktails is meant to be enjoyed by Spirits enthusiasts and novices alike.

Absolut Vodka Soda Raspberry & Lemongrass Sparkling Cocktail 4-Pack doesn't have any reviews yet. Let's change that. Head out to the Review tab to leave your feedback.

Grab your bottle of this delicious Cocktails today!