Size750mL Proof60 (30% ABV)
Like all their flavored expressions, this one starts with Western Son vodka that is distilled 10 times from American corn in Pilot Point, Texas. It's flavored with natural cucumber essence for a fresh, earthy, and refreshing taste profile that is delicious in cocktails.
Notify me when this product is back in stock. 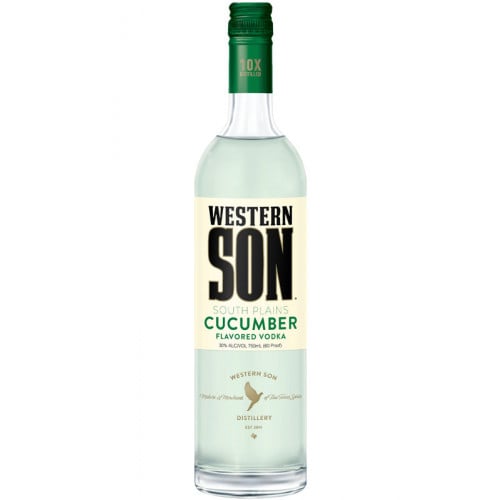 Grab your bottle of this US-made cucumber-flavored vodka today!

Look for earthiness with fresh cucumber aromas and hints of lime in this flavored vodka. The palate is sweet and green with cucumber, fruit, and citrus on the palate that finishes refreshingly crisp.