We're showing you items that ship to IN.

$41.99
Caskers Rewards members earn up to 2 store points back when buying this bottle.

Size750mL Proof80 (40% ABV) each
Made from 100% estate-grown agave, these tequilas have had a cult following in Mexico for over 75 years. 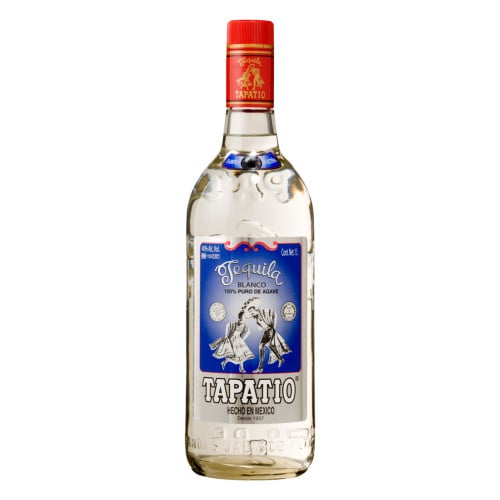 Following distillation, Tapatio Tequila Blanco rests in stainless steel tanks for approximately four weeks before being bottled. As a result, it has a spicy, citrusy flavor with notes of pepper, sweet agave and a hint of orange. Tapatio Tequila Blanco was ranked one of the top 50 spirits in the world in 2013 by F. Paul Pacult's Spirit Journal.

Tapatio, which is a colloquial term used to refer to men from Jalisco, has had a cult following in Mexico for over 75 years. Be a Tapatio and get a bottle today!

Blanco: Natural agave sugar and black pepper on the nose. Vibrant, flavorful notes of agave and lemon on the palate, with hints of pepper and chili powder. Reposado: Sweet and spicy, with wooden undertones (particularly oak) and a hint of honey. Añejo: Complex and well-balanced, with notes of honey, vanilla and caramel that balance out the spicy, citrusy flavors of the agave.