Size750mL Proof25 (12.5% ABV)
With its roots dating back to 1734, Taittinger is one of the oldest Champagne Houses with a particularly rich history. The Brut Réserve is their flagship NV Champagne. Aged at least 3 years, it's a blend of Chardonnay (40%), Pinot Noir, and Pinot Meunier wines. 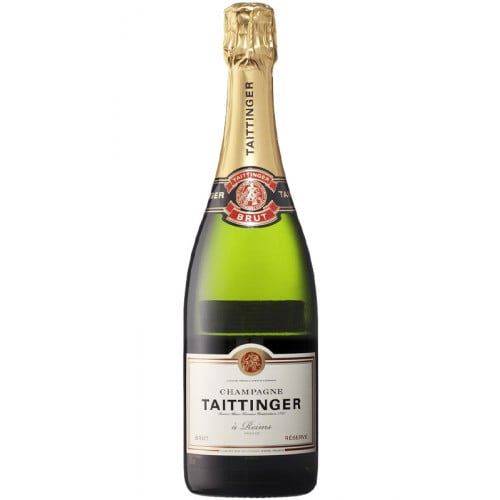 The history of the Taittinger Champagne House dates back to 1734, when Jacques Fourneaux started his wine business, collaborating with Benedictine abbeys that owned some of the finest vineyards in the region at the time. By the end of WWI, the House relocated to a mansion in which Theobald I of Navarre once resided ― legend says it that he was the one to bring Chardonnay from Cyprus. In 1932, the estate was purchased by Pierre Taittinger and his family of wine merchants along with numerous vineyards.

During the middle of the 20th century, Pierre's son François was in charge, establishing the House's cellars in the Abbey of Saint-Nicaise and its 4th-century chalk pits. After the death of François, his brother took over the reins, taking their Champagne global. The House was sold in 2005 but reclaimed by Pierre-Emmanuel Taittinger the following year. Today, the area includes nearly 300 hectares of vineyards, sitting on a stock of 13 million bottles of Champagne. Vitalie Taittinger has been in charge since 2019, working together with Clovis and Pierre Emmanuel Taittinger.

Their flagship Champagne is the Brut Réserve, a multi-vintage blend of Chardonnay (40%), Pinot Noir (35%), and Pinot Meunier (25%) that come from more than 35 different vineyards. Aged a minimum of 3 years, it's a balanced Champagne that showcases the aromatic Chardonnay in full force and is suitable for any occasion and celebration.

The Champagne is a golden yellow color with fine bubbles and lingering foam. You'll find fragrant aromas of fruit, brioche, peach, white flowers, and vanilla. The palate is lively, fresh, and harmonious with delicate fruit and honey notes.