Size750mL Proof80 (40% ABV)
The Reposado expression in Solento's lineup has spent 9 months in American oak barrels. This adds a pleasant sweetness and caramel note on top of the crisp freshness of the spirit. The tequila has won a Silver Medal at the San Francisco World Spirits Competition. 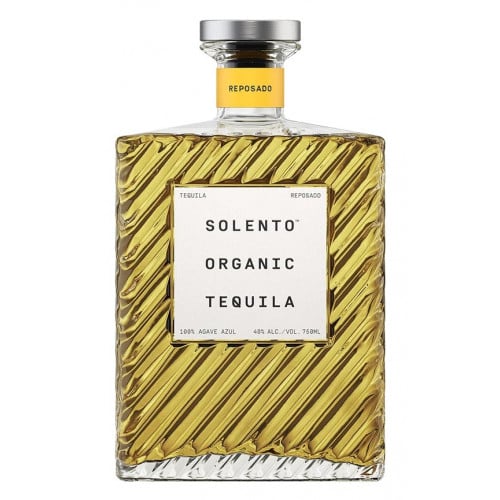 Crafted in Jalisco, Mexico, Solento Tequila is USDA Certified Organic and made in small batches on a single estate using ripe 7-year-old blue agaves. The rested Reposado expression is aged for 9 months in American oak barrels and has won a Silver Medal at the San Francisco World Spirits Competition. It adds a pleasant sweetness and caramel notes to the crisp and fresh spirit.

The profile is a touch sweeter than the Blanco with an added caramel note. It's fresh and crisp with notes of citrus and vanilla. A natural sweetness is present on the palate, along with fruity notes. Finishes smooth and delicious.