Size750mL Proof80 (40% ABV)
Solento's Añejo expression from their lineup of organic tequila has spent 18 months in American oak barrels. This adds a creaminess, maple, and oak notes to the award-winning smooth sipping tequila.
Notify me when this product is back in stock. 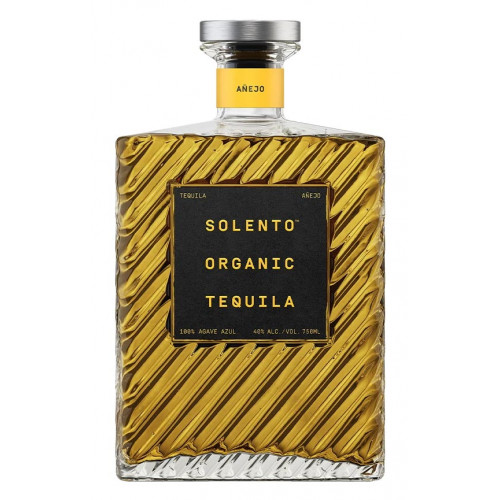 The Solento Añejo Organic Tequila expression is crafted in Jalisco, Mexico. It is USDA Certified Organic and made in small batches on a single estate using ripe 7-year-old blue agaves. The aged Añejo expression has spent 18 months in American oak barrels and has won a Silver Medal at the San Francisco World Spirits Competition. It's a high-quality premium sipping tequila with creamy maple and oak notes.

Expect a profile with creamy and buttery maple notes, owing to the 18 months spent in American oak. A pleasant sweetness is there, along with gentle citrus, vanilla, and caramel notes. Finishes smooth and oaky, perfect for sipping.