Size750mL Proof80 (40% ABV)
15% of all profits from this vodka are donated to the Snow Leopard Trust.
Notify me when this product is back in stock. 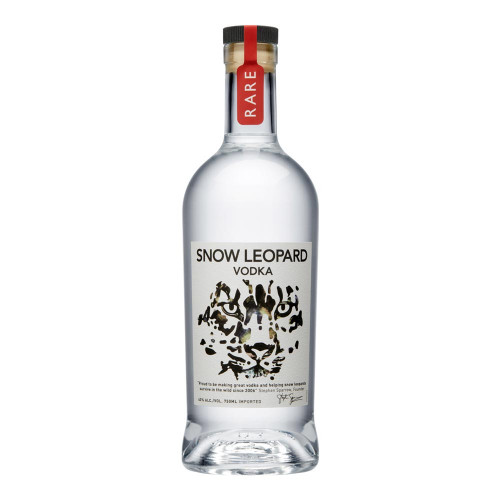 Snow Leopard Vodka is the brainchild of entrepreneur and philanthropist Stephen Sparrow. His passion for the critically endangered Snow Leopard serves as the inspiration behind the brand. After discovering the plight of the beautiful species, Sparrow embarked on a mission to create a brand that would have the potential to save the snow leopard from extinction while improving the livelihoods of herder families living on the fringes of the world. 15% of all profits from the brand are donated to the Snow Leopard Trust.

Snow Leopard Vodka was the result, a spelt grain Vodka handcrafted in Poland, distilled six times from spelt and other fine grains yielding a distinctive, creamy vodka. You can expect crisp, refreshing notes of vanilla and citrus, light sweetness and a nutty, buttery character. This spirit can stand on its own and shines in any cocktail.

The nose is crisp and refreshing, with concentrated notes of citrus and vanilla bean. The palate vibrant and well balanced, with light sweetness and citrus notes. A nutty character evolves into a buttery finish with subtle sweetness.