Size750mL Proof80 (40% ABV)
This pure, smooth, and creamy vodka is crafted with 100% corn in Las Vegas. It has received a Silver Medal at the San Francisco World Spirits Competition 5 years in a row.
Notify me when this product is back in stock. 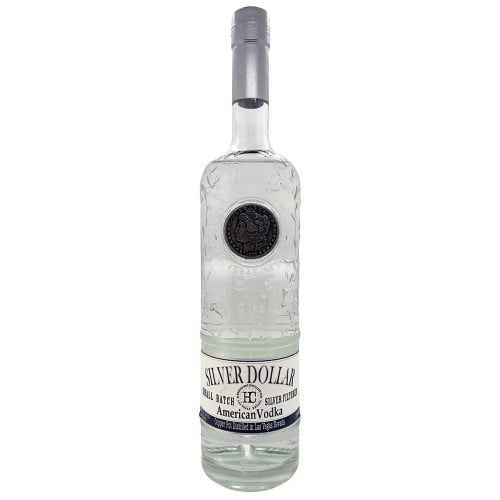 This vodka is crafted in Las Vegas using the finest ingredients. Made with 100% corn, it's copper-pot distilled, and filtered through silver for the ultimate purity, smoothness, and creaminess. The vodka was awarded a Silver Medal at the San Francisco World Spirits Competition 5 years in a row, from 2016 to 2020.

They have two brands under their belt now, both with several medals from the San Francisco World Spirits Competition: Silver Dollar and Smoke Wagon.
Explore all Silver Dollar bottles >>