Caskers Rewards members earn up to 4 store points back when buying this bottle.
Size750mL Proof80 (40% ABV)
Produced at Casa San Matias de Jalisco, this San Matías Legado Tequila Reposado is rested for 4 months in white oak.
Notify me when this product is back in stock. 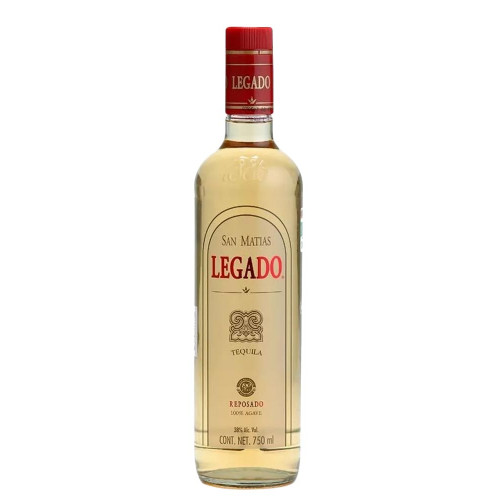 San Matias was founded by Don Delfino Gonzalez a tequila visionary who brought great progress to the tequila industry without sacrificing the authenticity and value of real tequila. Casa San Matías has a diverse line of tequilas including its main focus: San Matías Gran Reserva, a tequila aged up to three years as well as its main brand Pueblo Viejo, which comes in three varieties: gold, white and aged.

In commemoration of the company’s 120th anniversary, Casa San Matías has introduced two new brands of 100 percent agave tequila, which were launched in 2006, including Legado, a rested tequila aged for at least four months.

Slightly sweet agave notes all throughout the nose and palate followed by a vegetal and smoky character. The finish is smooth and refined.