Be the first to review this product
Conceived in 1985 by Cellar Master André Giraud, this cognac is crafted with Grande Champagne (70%) and Petit Champagne (30%) eaux-de-vie, aged up to around 20 years. This special edition release celebrates the 35th anniversary of the Club cognac with a sleek black bottle.
Add to Wish List
Notify me when this product is back in stock.

The legendary House of Rémy Martin is indubitably intertwined with the lands of Charente, where it was founded in 1724 by Rémy Martin, a descendant of Charente winemakers. This quaint portion of French terroir has given birth to some of the richest and most fertile crus of Grande and Petite Champagne. These quality vineyards with pale and chalky soils yield some of the most aromatic grapes.

Situated on the banks of the Charente River, the Cognac region of France is divided into six different crus (cru is the French term for growth zones): Grande Champagne, Petite Champagne, Borderies, Fins Bois, Bon Bois, and Bois Ordinaire. The Grande Champagne cru, which comprises approximately 34,000 hectares, is known for its quiet hills and rich, chalky soil, and is considered to produce the finest cognac in the region. The ideal conditions of these terroirs ripen the grapes to perfection, revealing "an exhilarating bouquet of Fine Champagne."

As the Rémy Martin Club expression was first crafted in 1985 by Cellar Master André Giraud with eaux-de-vie from Grande Champagne (70%) and Petit Champagne (30%) aged up to around 20 years. As it was originally released in the Asian market, its octagonal bottle is inspired by the number 8, which is considered a lucky number in Asia. This special edition celebrates the 35th anniversary of the expression's inception.

Get your bottle of this special edition cognac today!

The nose has toasted almond and spicy cinnamon. On the rich palate, you'll find dried fig, apricot, a floral component, vanilla, nutmeg, cloves, some nuttiness, orange zest, and coffee. The finish is equally complex and long. 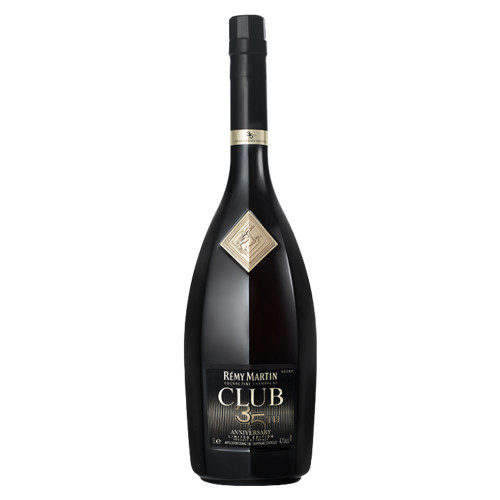