Size750mL Proof86 (43% ABV)
Only 60 bottles of this cognac, which was aged for 60+ years, were imported into the United States this year.
Notify me when this product is back in stock. 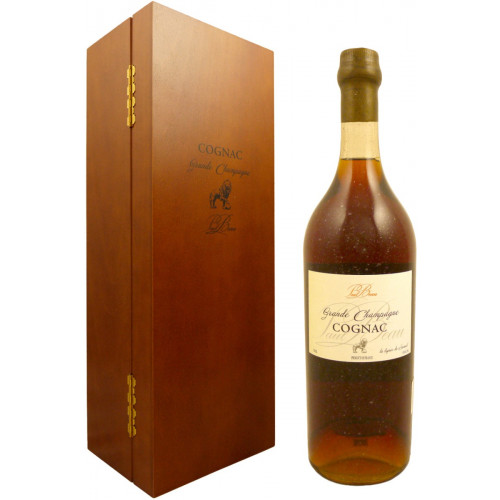 At the end of the 19th century, Samuel Beau purchased a dilapidated vineyard in the Grande Champagne region of Cognac, France. While the vineyard had suffered from a neglectful owner, Beau recognized that the estate enjoyed rich, chalky soils, rolling hills and generous amounts of sunlight, and would be ideal for the distillation and maturation of cognac. After purchasing the estate, Beau began tending to its soil and improving the quality of the grapes that were cultivated on the estate. Upon his death in 1914, Beau passed the vineyard on to his son, Paul. Under Paul's stewardship, the estate was expanded to just over 100 hectares and many of its buildings were modernized, including the distillery. While much of the cognac produced by Maison Beau was sold to larger cognac houses during the 20th century, the Paul Beau label was created specifically for the purpose of bottling the best cognacs distilled and bottled by the Beau family.

Paul Beau Lignee de Samuel Cognac is made entirely from Ugni Blanc grapes harvested from the Grande Champagne cru. After the grapes are harvested, they are distilled through a 25 hectolitre still before being matured in traditional oak casks. Paul Beau Lignee de Samuel Cognac is the oldest cognac ever released by Maison Beau — the cognacs were distilled in the early 1950s and matured until September 2014. As a result of this 60+ year maturation period, the cognac has an aroma of rancio, chewy leather, tobacco and Brazilian nuts. The aroma gives way to notes of hazelnuts, dried figs, almonds, and prunes on the palate, and leads to a finish accented by touches of fresh dates, oak, honey buns and peach.

Sixty bottles of this cognac were imported into the United States this year. Pick yours up today!