Size1750mL Proof80 (40% ABV)
This premium unaged tequila is famed for its crisp smoothness, making it a perfect sipper and even better cocktail base that is bound to make a long drink disappear fast. 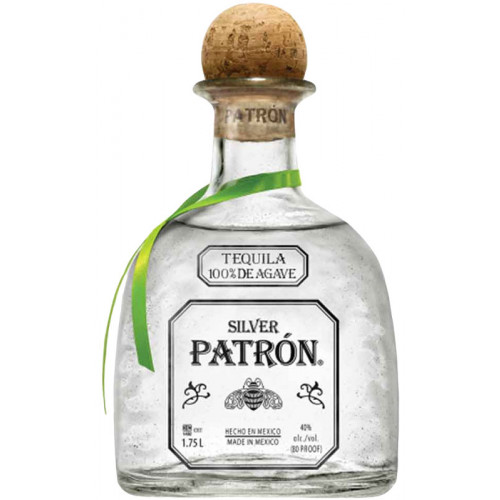 The unaged Patrón Silver Tequila expression is made in small batches from 100% blue Weber agaves, employing that signature dual process that has made the premium brand famous. Bottled at 80 proof in attractive, hand-blown, and individually numbered bottles, this Mexican spirit exudes class. Its pure and crisp profile is rich in agave and citrus notes, making it perfect for sipping as well as a delicious cocktail base.

The nose is fresh with notes of agave and citrus fruit, as well as vanilla and a slight spice and earthiness. The smooth and sweet palate has more citrusy notes and floral as well as herbal undertones. Finishes with a pleasantly light peppery spice with a dash of cinnamon.