Size750mL Proof80 (40% ABV)
This reposado is handcrafted from 100% Weber Blue Agave and aged for three to five months.
Notify me when this product is back in stock. 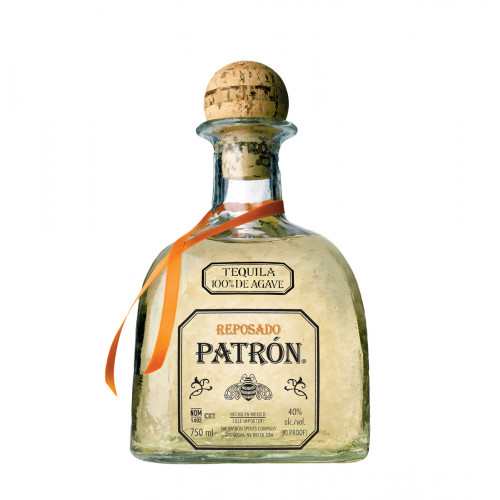 Patrón Reposado is handcrafted from 100% Weber Blue Agave, handpicked and meticulously twice distilled in small batches. The tequila is aged for three to five months, using a variety of barrels. Expect rustic notes of oak and fresh agave, and complex flavors of citrus, honey and vanilla.

Oak and fresh agave on the nose, the palate is laced with oak, with profound notes of citrus fruit and honey. The finish is light and sweet with floral notes and vanilla.