Be the first to review this product
Patrón Añejo 5 Años is handcrafted from 100% Weber Blue Agave, and aged for five years in hybrid new American limousin oak and ex-whiskey barrels.
Add to Wish List
Notify me when this product is back in stock.

The nose is bright with notes of citrus, honey, caramel, and light buttery aromas. The palate is laced with refined flavors of toasted oak, vanilla, raisins and clove. The finish is lingering and smooth. 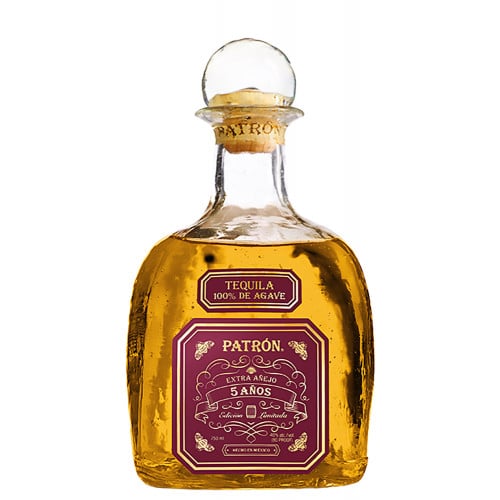