Be the first to review this product
The first new core expression launched by Patron in 25 years, this tequila is aged three times longer than the average añejo.
$84.99
Add to Wish List

Patrón Extra Añejo is handcrafted from 100% Weber Blue Agave. The first new core expression released by Patron in 25 years, this tequila is aged three times longer than the average añejo. Aged for a minimum of 3 years in American, French and Hungarian oak barrels, it features deep, nuanced flavors.

Vanilla, dry fruits, and light banana aromas on the nose. The palate is fruit-filled, laced with light notes of agave, vanilla, and honey. The finish is oaky with vanilla and dry fruit notes. 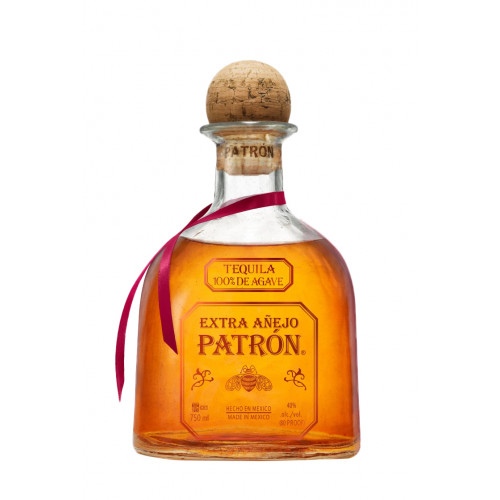