Caskers Rewards members earn up to 444 store points back when buying this bottle.
Size750mL Proof80 (40% ABV)
Where legendary French crystal craftsmanship meets fine tequila. Patrón En Lalique: Serie 2 is the second release in Patron’s stunning Lalique series.
Notify me when this product is back in stock.

Caskers Rewards Caskers Rewards members earn up to 444 store points back when buying this bottle. Learn more
Out of stock
Skip to the end of the images gallery 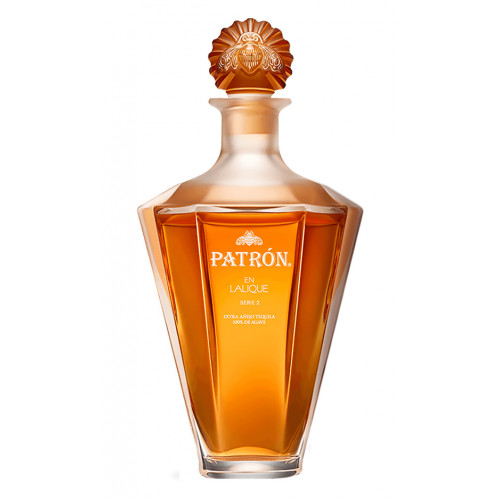 Notes of fruit, vanilla and oak on the nose. The palate is sweet with honey, fruit and light agave. The finish is lingering with oak, agave & fruit.