Size750mL Proof80 (40% ABV)
Patrón En Lalique: Serie 1 is at the first ever exclusive collaboration between Patrón and the legendary masters of French crystal.
Notify me when this product is back in stock. 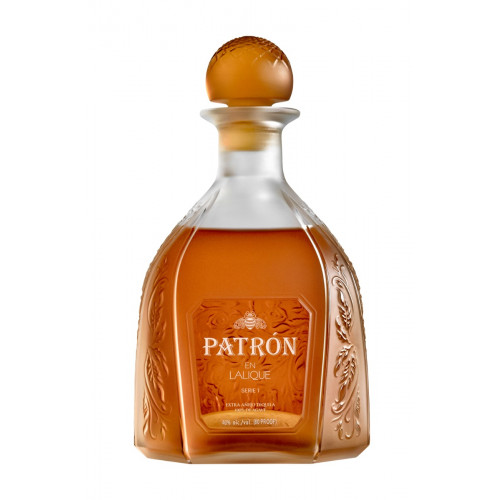 Patrón En Lalique: Serie 1 is an exclusive collaboration between Patrón and the masters of French crystal. As the first Tequila brand ever to partner with the legendary French artisans, this handcrafted crystal decanter features an exceptional limited edition, extra añejo blend of the oldest and rarest Patrón tequilas. Its beauty rest for four years in new American and ex-French oak barrels, delivers stunning notes of sweet caramel, honey, vanilla, dried fruits and nuts, with balanced notes of agave and oak.

Agave and oak notes on the nose, the palate is sweet with notes of honey, caramel, dried fruits and nuts. The finish is incredibly complex and well-balanced.