Size750mL Proof80 (40% ABV)
Crafted in Jalisco, Mexico, Nuda is made with mature blue Weber agaves. Triple-distilled, it's a pure, clean, and soft spirit. This unaged expression showcases the aromas and flavors of fresh cooked agaves.
Notify me when this product is back in stock. 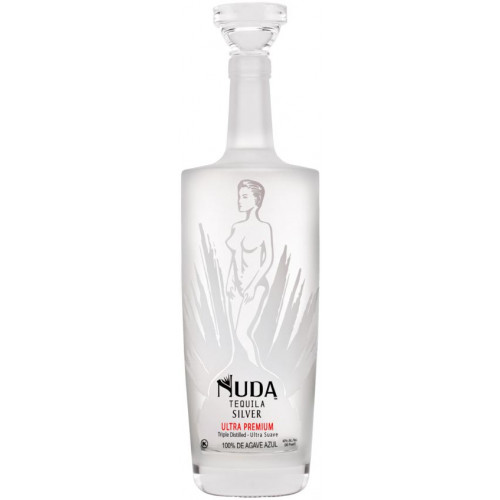 Following the distillation, each of the 5 expressions is aged for a varying amount of time, apart from the Nuda Tequila Silver. An unaged "blanco" expression, it has the freshest flavors and aromas of cooked agave. It is bottled at 80 proof in sandblasted glass bottles depicting the feminine beauty of the Queen of Tequila.

This crystal-clear unaged tequila offers plenty of earthy fruitiness with fresh cooked agave on the nose. An earthy sweetness is on the palate with roasted agave notes.