Size750mL Proof80 (40% ABV)
This triple-distilled tequila is crafted in Jalisco, Mexico using mature 8-year-old agaves. It then spends 11 months in French oak barrels, 2 months more than is required for rested tequila.
Notify me when this product is back in stock. 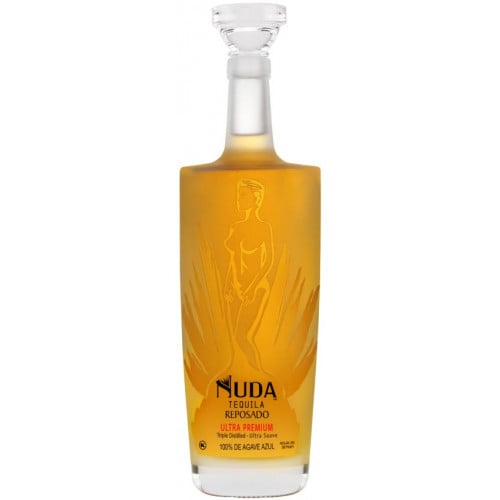 Following the distillation, each of the 5 expressions is aged for a varying amount of time. Nuda Tequila Reposado spends 11 months in French oak barrels, 2 months more than is required for rested tequila. This imparts the spirit with additional vanilla, chocolate, and oak notes. It is bottled at 80 proof in sandblasted glass bottles depicting the feminine beauty of the Queen of Tequila.

Bright golden, this spirit opens with aromas of cooked agave and vanilla. Intense roasted agave is on the palate along with more vanilla, chocolate, and hints of oak. Finishes smooth.