Size750mL Proof80 (40% ABV)
This sipping tequila is crafted in Jalisco, Mexico from mature Weber agaves. Aged for 26 months ― more than twice the amount required for the style ― it has received a Bronze Medal at the San Francisco World Spirits Competition.
Notify me when this product is back in stock. 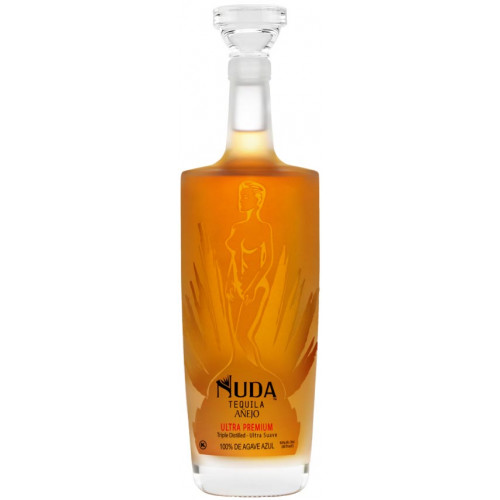 Following the distillation, each of the 5 expressions is aged for a varying amount of time. Nuda Tequila Añejo is aged for 26 months in French oak barrels, which is more than twice the required time to be called an Añejo, bringing intense vanilla and chocolate flavors to the spirit. It is bottled at 80 proof in sandblasted glass bottles depicting the feminine beauty of the Queen of Tequila.

Dark-gold colored, this tequila gets intense notes from the French oak. Roasted agave, vanilla, and chocolate are on the nose. More roasted agave as well as intense chocolate and vanilla are on the palate. The finish is super smooth.