Size750mL Proof80 (40% ABV)
An ultra-premium sipping tequila, this spirit is crafted in Jalisco, Mexico. The finest mature blue Weber agaves are used and the tequila spends 42 months in used French oak barrels, imparting the spirit with intense chocolate, vanilla, and nutty notes.
Notify me when this product is back in stock. 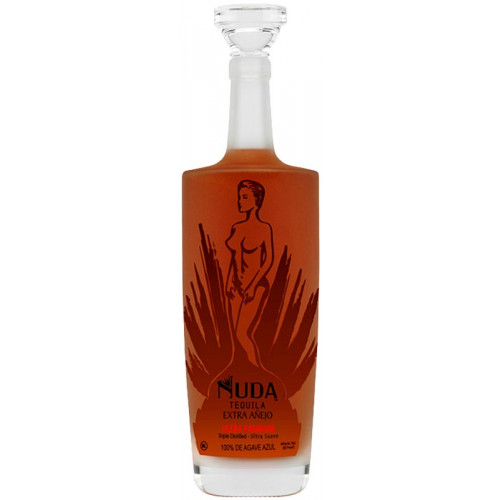 Following the distillation, each of the 5 expressions is aged for a varying amount of time. The ultra-premium Nuda Extra Añejo spends 42 months in used French oak barrels, bringing intense chocolate, vanilla, and oak notes, as well as a distinct nuttiness. It is bottled at 80 proof in sandblasted glass bottles depicting the feminine beauty of the Queen of Tequila.

The profile is as intense as its copper color. Roasted agave and rich dark chocolate greet you on the nose. More roasted agave and chocolate are on the palate along with vanilla and a distinct nuttiness with almond and chestnut notes.