Size750mL Proof84 (42% ABV)
Crafted by a third generation master distiller, Manoir d'Apreval Calvados XO is aged for a minimum of 15 years, resulting in a deep copper color.
Notify me when this product is back in stock. 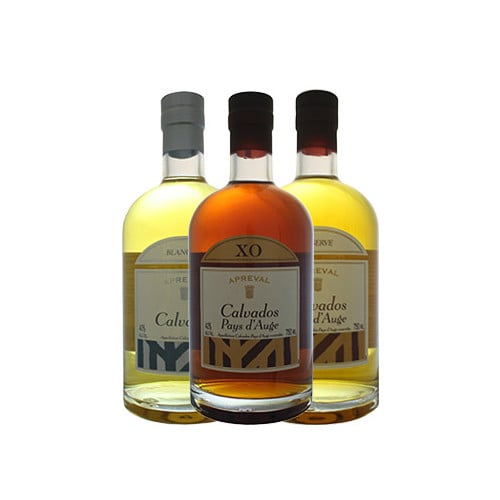 Manoir d'Apreval Calvados XO is aged for a minimum of 15 years, resulting in a deep copper color. Sweet aromas of baked apples, brown sugar, vanilla, pie crust and warm spices give way to notes of honey, caramel, vanilla, nougat and citrus on the palate, and lead to a finish accented by touches of woody spices and candied nuts.

Pick up your calvados today!

Sweet aromas of baked apples, brown sugar, vanilla, pie crust and warm spices give way to notes of honey, caramel, vanilla, nougat and citrus on the palate, and lead to a finish accented by touches of woody spices and candied nuts.