Size750mL Proof42 (21% ABV)
Malibu Pineapple is a refreshing rum drink combining two traditional Caribbean flavors – coconut and pineapple. Made from Malibu’s iconic coconut flavored rum and pineapple liqueur, this expression will transport you to a Caribbean white-sand beach with its sweet and tart tropical notes.
Notify me when this product is back in stock. 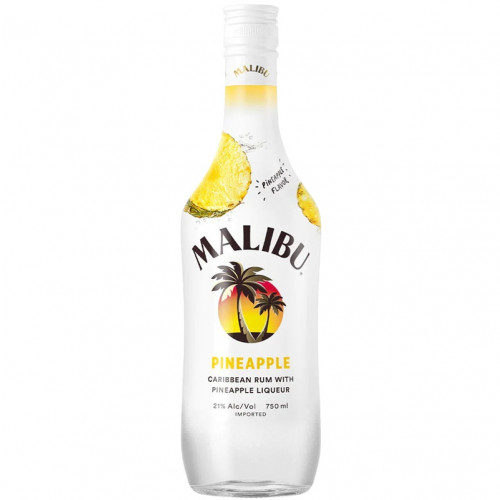 Malibu Pineapple is a refreshing rum drink combining two traditional Caribbean flavors – coconut and pineapple. Made from Malibu’s iconic coconut flavored rum and pineapple liqueur, this expression will transport you to a Caribbean white-sand beach with its sweet and tart tropical notes.

Aromas of ripe and fresh pineapples on the nose are followed by a smooth, light-bodied palate with coconut and the tart and fresh notes of pineapple. The finish is sweet, with lingering pineapple.