Size750mL Proof42 (21% ABV)
Malibu Mango is a fresh and balanced combination of two of the most popular flavors – the mouthwatering mango and creamy coconut.
Notify me when this product is back in stock. 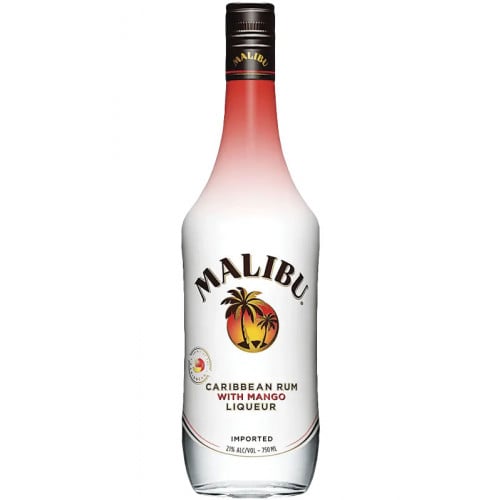 Malibu Mango is a fresh and balanced combination of two of the most popular flavors – the mouthwatering mango and creamy coconut. The sweet and juicy mango perfectly complements Malibu’s signature rum, resulting in refreshing drink that brings to mind sandy beaches and warm summer nights of the Caribbean.

Sweet mango notes are accompanied by citrus on the nose and palate, followed by a light and smooth citrusy finish.