Caskers Rewards members earn up to 4 store points back when buying this bottle.
Size750mL Proof0% ABV
Among Luxardo's many syrups there is the Luxardo Mint Syrup, which adds a sweetness and mint notes to various cocktails, long drinks, snow cones, or coffee. It's non-GMO and vegan-friendly as well.
Notify me when this product is back in stock. 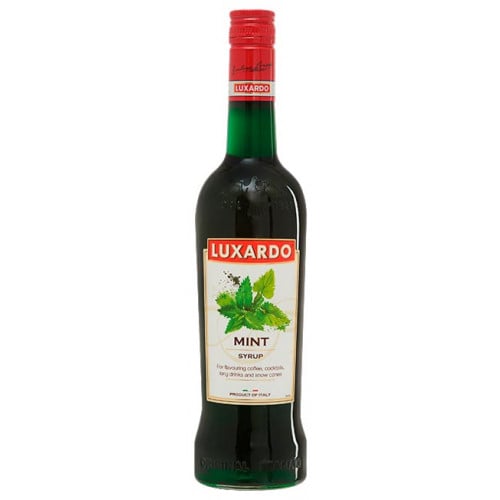 Luxardo has a wide range of syrups on offer, ranging from orange, lemon, lime, and strawberry, to coconut, pineapple, grenadine, blue Curaçao, and others. Luxardo Mint Syrup adds a sweetness and mint notes to various cocktails, long drinks, snow cones, or coffee. It's non-GMO and vegan-friendly as well.