Size750mL Proof151 (75.5% ABV)
Crafted from four simple ingredients, this rum pays homage to the rums distilled in Cuba a century ago.
Notify me when this product is back in stock. 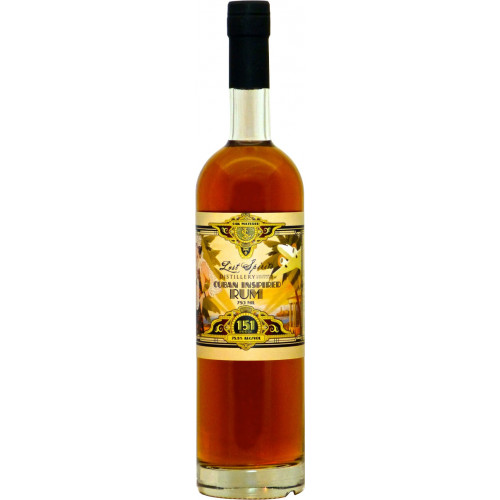 The majority of the rum produced in the modern world is high rectification "Spanish style" rum, says Bryan Davis, the master distiller at Lost Spirits Distillery. "Up to this point, we had only used our technological engineering advantages to make low rectification "funky" rums. The next logical step was to ask what would happen if we brought our style and techniques to Spanish style, Cuban rums."

Lost Spirits Cuban Inspired Rum is crafted from just four simple ingredients: baking grade molasses, bacteria and yeast cultures cultivated on bananas and water. Once the ingredients have been sourced, they are "clean" fermented and then distilled through a pot still. "The fermentation is additive free, just like it was a century ago in Cuba," says Davis.

The results are a clean, crisp rum but with a massive aroma and flavor — much like we imagine the rum of old Havana. Lost Spirits Cuban Rum has a rich aroma of butterscotch, caramel, honey pastries and apple crumble that leads to notes of citrus, tropical fruits, vanilla and fudge on the palate. The finish is smooth and slightly sweet, with a hint of oak. Pick up a bottle today!

Aroma of butterscotch, caramel, honey pastries and apple crumble that leads to notes of citrus, tropical fruits, vanilla and fudge on the palate. The finish is smooth and slightly sweet, with a hint of oak.