Size750mL Proof80 (40% ABV)
This unique gin is steeped in blueberries harvested on the West Coast of Michigan.
Notify me when this product is back in stock. 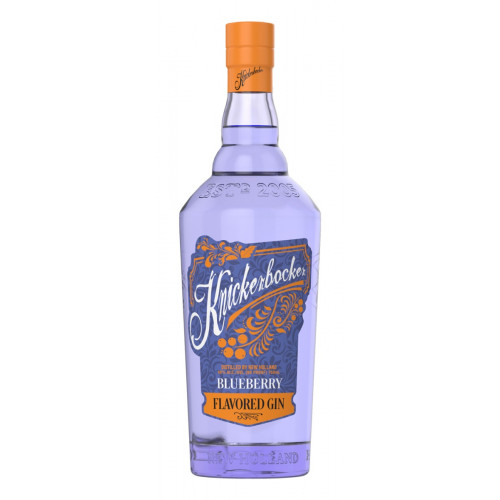 Situated on the banks of Lake Macatawa in Holland, Michigan, New Holland Brewery and Artisanal Spirits is best known for brewing craft beers such as Dragon's Milk Ale and White Hatter Pale Ale. In 2005, however, founder Brett VanderKamp added a still to his brewery and began distilling spirits. “Distilling was a natural extension for us,” says VanderKamp.

Then, the juniper- and citrus-forward gin is steeped in blueberries harvested between the Havens on the West Coast of Michigan (the so-called blueberry capital of the United States), adding delicate berry notes and a slight, nuanced sweetness.

Knickerbocker Blueberry Gin has an aroma of blueberry jam and cardamom, which leads to a palate flush with crisp notes of juniper and spice. The finish is extremely clean, with lingering notes of blueberry muffins and white sugar.

“Gin is one of the great frontiers of flavor, where there’s lots of room for creativity and exploration for both the distiller and drinker,” says VanderKamp. Explore a bottle of Blue Haven Gin today!

Aroma of blueberry jam and cardamom, which leads to a palate flush with crisp notes of juniper and spice. The finish is extremely clean, with lingering notes of blueberry muffins and white sugar.