Size750mL Proof80 (40% ABV)
Jose Cuervo Tradicional Plata is a silver tequila made with 100% blue agave, inspired by a recipe more than 200 years old. This unaged tequila is bottled using a special process to conserve its flavor and finish at freezing temperatures, making it perfect for crisp, frozen shots.
Notify me when this product is back in stock. 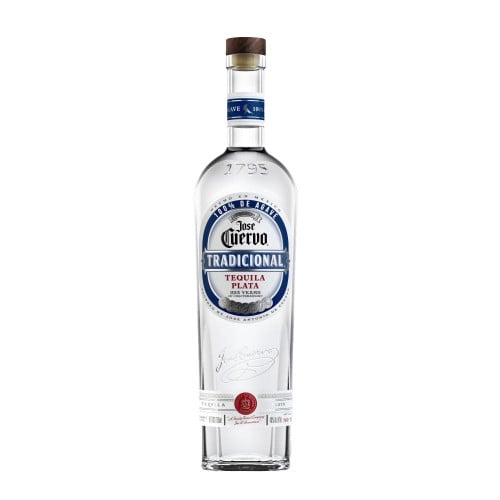 Jose Cuervo Tradicional Plata Tequila is a silver tequila made with 100% blue agave, inspired by a recipe more than 200 years old. This unaged tequila is bottled using a special process to conserve its flavor and finish at freezing temperatures.

The nose has aromas of pepper and cooked agave, with some cinnamon and vanilla undertones. Pepper and agave carry on to the palate, where they are accompanied by citrus and cinnamon. The finish is short, with light citrusy notes.