Size750mL Proof80 (40% ABV)
Jose Cuervo Maestro Tequilero Anejo Classico is crafted from 100% 7-year-old Blue Agave.
Notify me when this product is back in stock. 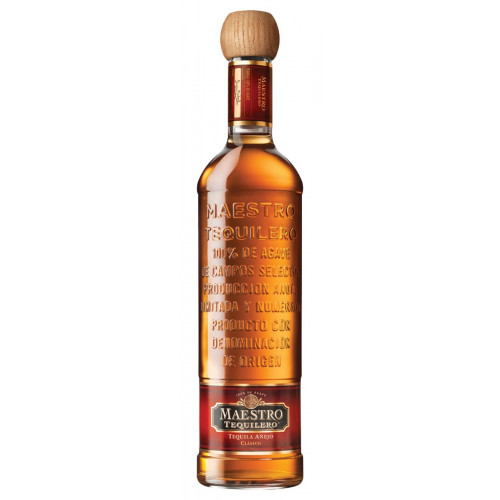 The agave used in José Cuervo is maturated for seven years in the fields that surround the Tequila Volcano. After the agave plants are harvested their cores, which contain the most flavorful portions are extracted and sent to the La Rojeña distillery, the oldest operating distillery in Latin America. The agave cores are roasted, ground and smashed with the resulting extract placed into tanks to ferment. Jose Cuervo Maestro Tequilero Anejo Classico is crafted from 100% blue agave. After fermentation, the resulting spirit is aged in American oak casks and bottled at 40% ABV.

The nose has toffee, a hint of citrus zest, fresh herbs, and subtle smoke. The palate echoes the nose with smooth notes followed by vanilla and herbal notes. The finish is smooth.