Size1000mL Proof80 (40% ABV)
Jose Cuervo Especial Gold is golden-style joven tequila made from a blend of Reposado (aged) and younger tequilas. Legend has it that Especial Gold was used to make the first ever Margarita, and this well-balanced and smooth expression still is the perfect tequila for that beloved cocktail.
Notify me when this product is back in stock. 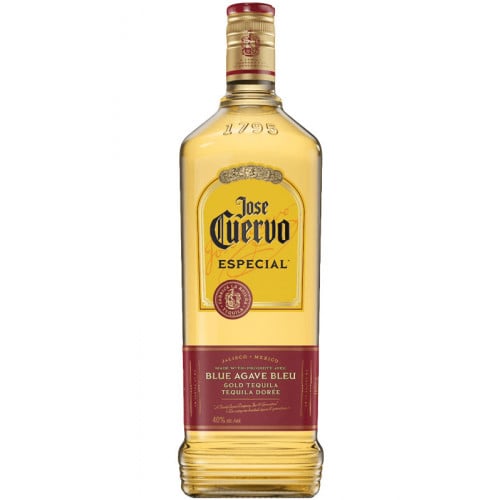 Jose Cuervo Especial Gold is golden-style joven tequila made from a blend of reposado (aged) and younger tequilas. Legend has it that Especial Gold was used to make the first ever Margarita, and this well-balanced and smooth expression still is the perfect tequila for that beloved cocktail. No wonder it is the number one selling tequila in the world.

The nose is soft and slightly sweet, with hints of spice. The palate brings in cooked agave, with notes of oak and spices. The finish is smooth and slightly peppery.