Size1420mL Proof14 (7% ABV)
Made with real Jack Daniel's Tennessee whiskey, this canned cocktail is gently sweet, bright, and super convenient. The non-carbonated 7% ABV drink is the perfect summer refreshment.
Notify me when this product is back in stock. 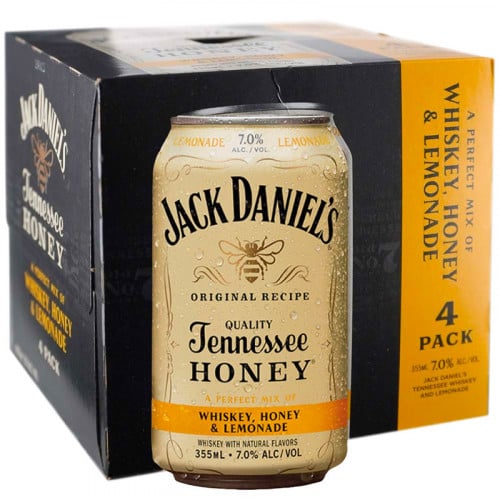 Grab a 4-pack of this bright summertime cocktail today!

The nose opens with lemon, honey sweetness, and underlying whiskey aromas. The palate has a gentle sweetness with honey, bright citrus notes, and whiskey.