Size1420mL Proof14 (7% ABV)
This refreshing canned cocktail is the classic Jack & Cola mix with a solid whiskey backbone and fizzy cola.
Notify me when this product is back in stock. 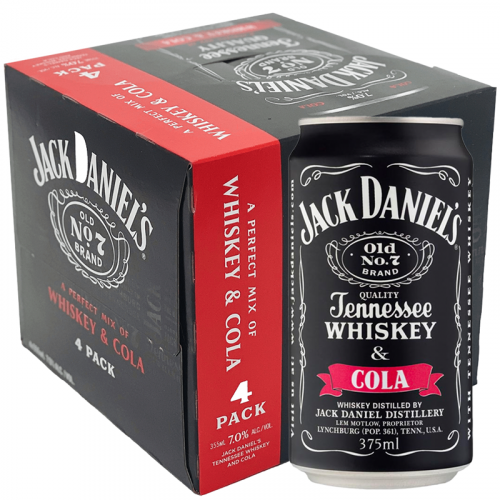 Grab a 4-pack of this canned Jack & Cola today!

The nose has dark cherry, oak, cinnamon, and gingerbread aromas. The sweetness is just right on the palate with caramel, nutmeg, cinnamon, vanilla, and a touch of citrus. The finish is refreshing with caramel, oak, and hints of ginger.