Size750mL Proof80 (40% ABV)
This premium tequila is crafted from the finest 100% hand-picked Weber Blue Agave, triple distilled, and rested in oak tanks for approximately one month.
Notify me when this product is back in stock. 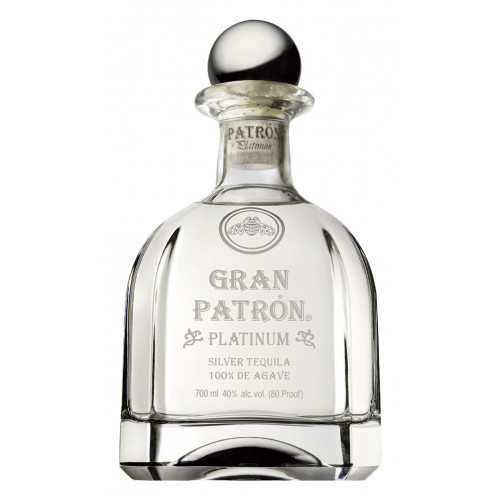 Produced by Master Distiller Francisco Alcaraz Gran Patrón Platinum is crafted from the finest 100% Weber Blue Agave, only those with the highest sugar content are selected. The agave is triple distilled before being rested in oak tanks for 30 days at Hacienda Patrón distillery in Jalisco, Mexico. Bottled in an elegant crystal vile each bottle of this silver tequila is hand-numbered. Expect refined notes of toasted algae, citrus, and cracked black pepper.

Fresh toasted agave on the nose with fresh agave, fruit, and citrus. The palate is extremely smooth with light notes of citrus and fruit. The finish is long lasting with cracked black pepper.