This product is available in: CA, DC, MN, NY Unfortunately, we can't ship to PO Boxes and APO addresses.

Size750mL Proof80 (40% ABV)
Named after the Spanish word for “stone,” this Gran Patron Añejo Piedra is aged for four years in a combination of French Limousin and new American oak barrels.
Notify me when this product is back in stock.

This product is available in: CA, DC, MN, NY Unfortunately, we can't ship to PO Boxes and APO addresses. 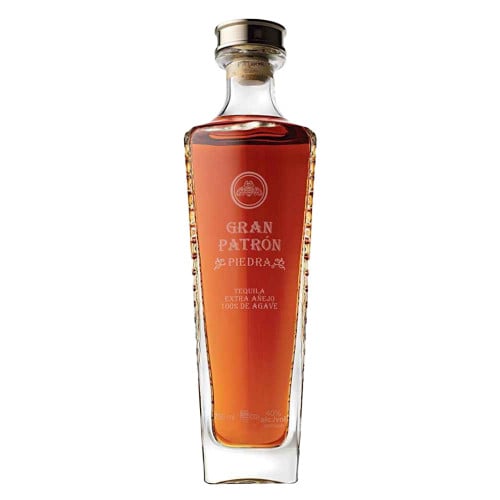 Named after the Spanish word for “stone,” this Gran Patron Añejo Piedra is produced using traditional artisanal methods. The tequila is aged in a combination of French Limousin and new American oak barrels for four years before being bottled in elegant crystal.

Fresh notes of fruit and mushroom on the nose with hints of toasted French oak. The palate is sweet but complex with notes of agave, vanilla, mushroom. The finish is lingering and smooth.