Size750mL Proof80 (40% ABV)
Gran Centenario Plata is an award-winning silver tequila produced in small batches by one of the oldest tequila makers in Mexico. This expression is married in new American oak for 7 weeks to achieve a subtle wood note and incredible smoothness unusual for a silver tequila.
Notify me when this product is back in stock. 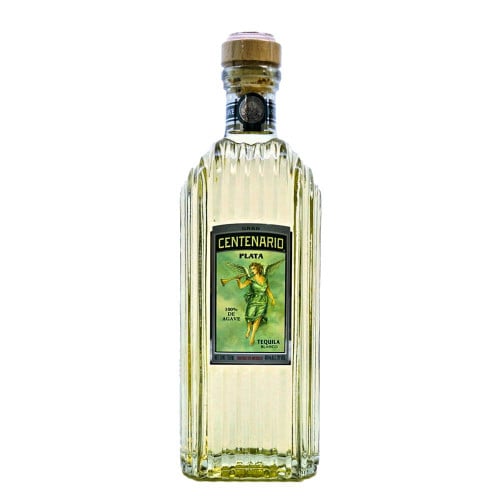 Gran Centenario is a family-owned company built on traditions established more than 150 years ago. The brand’s story starts in 1857 with Lázaro Gallardo, a tavern owner from the town of Tequila, who began crafting his own tequila at Hacienda Los Camichines. Lázaro was an industry pioneer, who perfected the selección suave (smooth selection) method of blending young tequila with aged tequilas to create a smoother and more refined product of higher quality. The popularity of tequila that Lázaro sold at his tavern grew, and a few years before the turn of the century he created his own brand, naming it Gran Centenario to commemorate the start of a new century. In 1920, his son Luciano began bottling his father’s famed tequila, designing a bottle inspired by the Art Deco style. The bottles used today are very similar to the original design, and carry an image of the Angel of Independence inspired by the gold bullion coin minted to commemorate the 100th anniversary of Mexico’s independence. Today, Gran Centenario is one of Mexico’s top selling tequila brands.

Gran Centenario premium tequilas are crafted in small batched using the methods introduced by the brand’s founder. They are made from the finest 100% blue agave plants grown on the estate in the highlands of Jalisco. The agave is cooked in a clay oven, and the fermented juice (mosto) is double distilled in copper pot stills. After resting in new American oak for the designated period, the tequila is blended with aged tequila from the reserves.

Gran Centenario Plata is an award-winning silver tequila produced in small batches by one of the oldest tequila makers in Mexico. This expression is married in new American oak for 7 weeks to achieve a subtle wood note and an incredibly smooth taste that is unusual for a silver tequila.

A balanced and fruit-forward tequila with notes of pear, citrus, agave and black pepper that carry on to the palate where they are joined by subtle vanilla and caramel. The finish is fruity and peppery.