Learn more
Size750mL Proof80 (40% ABV) *Please note that the ABV of this bottle may vary
Each of these tequilas was matured for a minimum of ten months in casks that were previously used to mature whiskey.
Notify me when this product is back in stock. 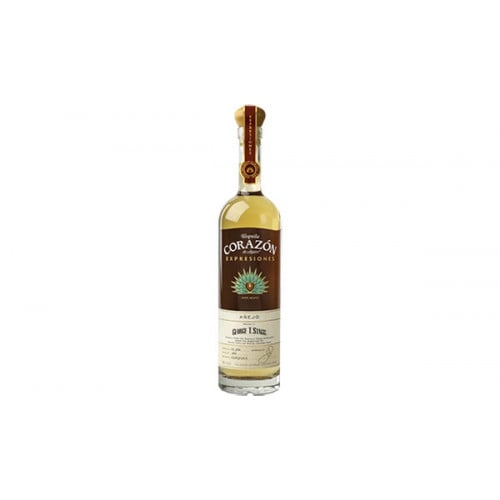 Corazon Buffalo Trace Reposado Tequila is aged for over 10 months in casks that were previously used to mature Buffalo Trace Bourbon. It has an aroma of oak, caramelized agave and a hint of salty tang. Bold notes of fruits and agave dominate the flavor profile, and are complemented by touches of woody spices, black pepper and cinnamon. The finish is long and warming, with a touch of vanilla.

Corazon George T. Stagg Añejo Tequila is aged for 22 months in casks that were previously used to mature George T. Stagg. As a result, it has an aroma of caramel, coffee and agave spices. The aroma gives way to notes of oak, pepper, orange zest and lemon, which are well-complemented by touches of agave and sweet vanilla. The finish is smooth and long.

Corazon Sazerac Rye Añejo Tequila is aged for 24 months in casks that were previously used to mature Sazerac Rye. It has an aroma of strawberries, butterscotch and toffee, which give way to notes of caramel, roasted nuts, and ripe citrus on the palate. The finish is sharp and bold, with touches of pineapple and agave balancing notes of spicy rye.

Pick up a bottle of each tequila today!