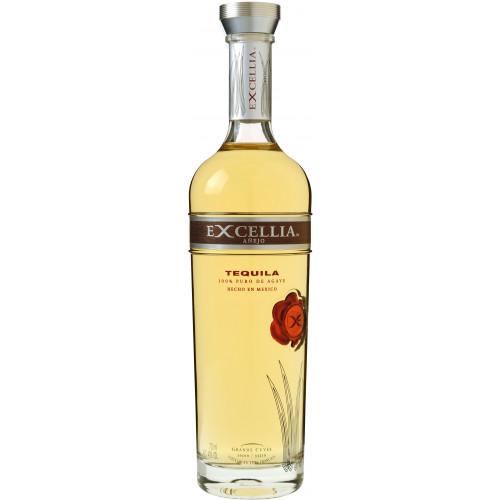 Excellia Añejo Tequila is made from 100% blue agave, which have been matured for eight to ten years before they are harvested by expert jimadors. The jimadors remove the long, sharp leaves of the agave, and prepare the hearts of the agave, or piñas, for transport back to the distillery.

At the distillery, the piñas are cut into quarter-pieces by hand using a hatchet and placed into stone and brick ovens, where they are cooked for approximately 36 hours. The stone and brick ovens preserve the natural aromas of the agave, and enhance the sweet, round characteristics of its flavors. Once the piñas have been cooked, they are shredded and the remaining agave juice is fermented in wooden washbacks using indigenous yeast for seven to ten days. Following fermentation, the agave juice is twice distilled in copper-pot stills.

Excellia Añejo Tequila benefits from the influence of three unique regions — Jalisco, Sauternes and Cognac. The hot and dry region of Jalisco, along with its mineral-rich, red clay soil produces agave that are naturally sweet and soft. The Sauternes regions of France suffers from foggy mornings followed by sunny afternoons, which adds delicate notes of dried fruits and flowers to the wine produced in the region (these flavors are ultimately passed along to the tequila through the Sauternes casks). Finally, the Cognac region of France enjoys mild temperatures and chalky soils, which contribute notes of sweet, oaky spices to the barrels in which the tequila is ultimately matured.

Excellia's signature "X"logo is meant to represent a mathematical equation, and the product of multiplying different cultures and traditions into one tequila. Pick up an excellent tequila today!