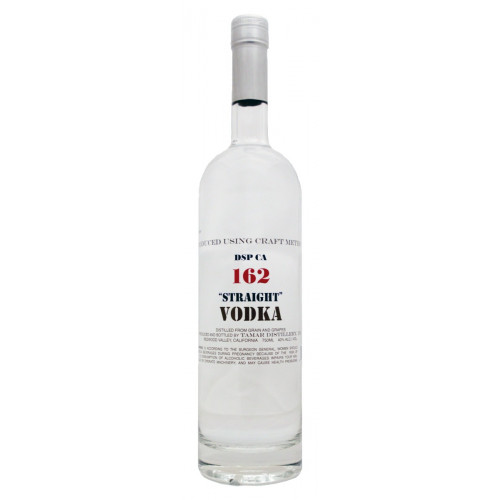 DSP CA 162 Straight Vodka's name comes from the registration number of the original federal license obtained by Germain-Robin for this first distillery, which was established in 1982. Along with St. George Spirits, this distillery was the first officially licensed "craft" distillery since prohibition began in 1919.

DSP CA 162 Straight Vodka is made by blending wheat vodka with vodka blended from aromatic wines — local grapes are vinified and distilled on the Germain-Robin cognac still before undergoing a second distillation on a high-proof Holstein potstill. Filtered only slightly, the resulting vodka has an uncharacteristically sweet aroma, leading to a soft, round mouthfeel punctuated by notes of cream and marshmallow. The finish is just a tad sweet, with additional notes of grain and cereal.

Sweet aroma, leading to a soft, round mouthfeel punctuated by notes of cream and marshmallow. The finish is just a tad sweet, with additional notes of grain and cereal.