Size750mL Proof56 (28% ABV)
Based on the secret recipe that supposedly dates back to 1525, this is the original amaretto liqueur. Bittersweet and nutty, it comes in the iconic square bottle. 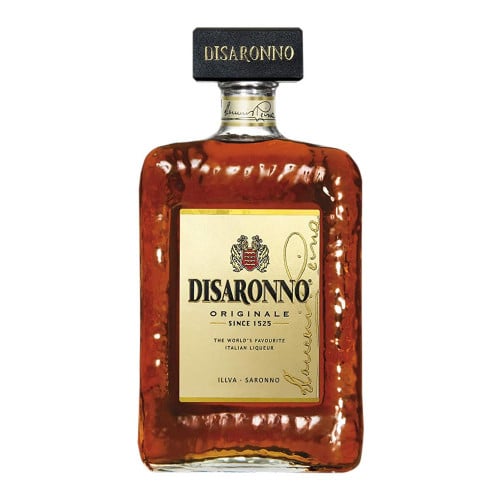 The story goes that an innkeeper in Saronno, Italy once prepared a flask of an amber liqueur as a gift for Bernardo Luini, who painted the fresco of Madonna in her image. In 1600 the recipe was rediscovered by Giovanni Reina who guarded it closely and kept it secret. It was then passed from generation to generation. It wasn't until the 20th century that Domenico Reina opened a shop in Saronno and started producing and marketing Disaronno Originale.

Amaretto is an incredibly popular Italian liqueur and a classic cocktail ingredient. Originating from Saronno, Italy, its first iterations were based on bitter almonds. Modern variants use many different stones from fruits including apricots, peaches, and almonds to achieve the liqueur's signature nuttiness. It's sweet with a mild bitterness — its name translates to "a little bitter". Popular as a standalone drink, the liqueur has become an invaluable part of countless cocktails and has many culinary applications as well, as it goes well with ice cream, coffee, desserts, and savory dishes.

While the name has changed from Amaretto di Saronno to simply Disaronno in 2001 and the bottle has seen many revisions through the centuries, that same recipe is supposedly used. Apricot kernel oil, caramelized sugar, and several herbs, spices, and fruits make up Disaronno's signature bittersweet and nutty profile.

Bitter almonds and marzipan are on the rich nose along with a maple sweetness that continues on the palate. Vanilla and lemon zest make an entry, along with more toasted almonds and fruity apricot notes. Finishes bittersweet with marzipan and almonds.