Size750mL Proof48 (24% ABV)
Created in 1860 by Gaspare Campari, the recipe has been a closely-guarded secret ever since. Its bitter, sweet, herbal, and fruity profile has made it an invaluable ingredient for countless cocktails. 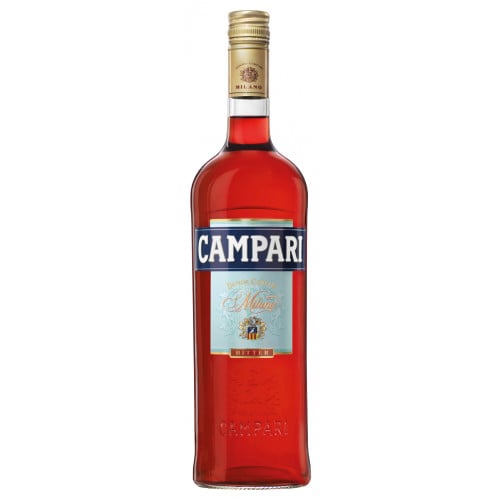 The recipe of the iconic original Campari from 1860 remains a closely-guarded secret to this day. Beside alcohol and water, it includes bitter herbs, aromatic plants, and fruit ― some guessing the number of ingredients being anywhere between 20 to 80. It was made famous by its signature vibrant red color, intense aroma, and distinctive bitter taste that make it an invaluable ingredient in countless cocktails. Whether it's a Campari & Soda that was the most popular drink in Camparino, the famous bar of Gaspare Campari, or a Negroni, Campari gives the drinks a refreshing, bitter kick.

It's bitter with orange zest, herbs, and quinine on the nose. The bitterness persists on the palate and is joined by sweet and fruity cherry and orange notes, as well as spice. Finishes with grapefruit, sweetness, and a lingering bitterness.