Size750mL Proof80 (40% ABV)
The Diamante expression is a Joven-style blended tequila. It's a premium and luxurious take on a pure, fresh, and clean agave-forward profile.
Notify me when this product is back in stock. 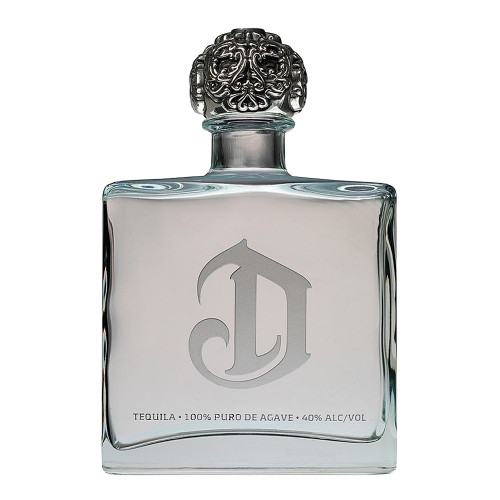 DeLeón Tequila was launched in 2009 and purchased in 2014 by a joint venture between business mogul Brent Hocking, Hip-Hop legend and international style icon Sean Combs and the world’s largest spirits company, Diageo. The ultra premium spirit was first introduced to the US market in 2009, just in time for Cinco de Mayo.

DeLeón is made from only the finest Blue Weber agave, sourced from the rich earth of the Los Altos Highlands region of Jalisco, in the town of Purísima del Rincón in the Mexican state of Guanajuato. The city’s name quite literally means "Purest of the Corner," and is named after the Immaculate Conception.

The agaves are hand selected at 6-8 years, and their piñas are slow roasted in traditional brick and clay ovens, then ground using traditional mills. This is a meticulous traditional technique. This method, coupled with slow fermentation, is what their master distiller Miguel Cedeño Cruz says contributes an enriched depth and complexity to the agave’s natural sweetness, creating a remarkably nuanced character:

"Because each agave is unique, once they arrive at the distillery they are cut into halves, thirds or quarters dependent on the size of the particular agave. This is to ensure that we will have even baking in the clay ovens. The central part of the plant, known as the Cogollo, is removed as it adds bitterness to the final product. This isn’t a standard industry practice and helps DeLeón become a smoother, sweeter, and less-bitter tequila."

DeLeón Tequila is double distilled using an Alembic-style pot, which Cruz says allows the tequila to retain the unique character acquired during the fermentation process. Although the tequila is chill filtered, DeLeón Tequila also does not make its spirit using any of the four chemicals (glycerin, sucrose, oak extract, and caramel) permitted by the CRT (Consejo Regulador Del Tequila). The entire production span, from agave to bottle, takes about a month.

The DeLeón Diamante Tequila expression is Joven-style tequila, meaning it's a blend of unaged and aged spirits. Made from the finest Highland agave and blended with Añejo tequila, it's a refined drink with a clean and pure agave-forward profile that comes in a fittingly luxurious perfume-style bottle.

Grab one of these artfully-crafted bottles today!

The nose is super crisp, fresh, and herbal with beautiful agave scent shining through and a dash of vanilla in the background. The palate is gentle with spice, honey, and a touch of oak. Finishes smooth with plenty of that agave flavor, some caramel, and a touch of spice.