This product is available in: CT, IL, NH, NJ, NY Unfortunately, we can't ship to PO Boxes and APO addresses.

Size750mL Proof76 (38% ABV)
Corralejo Tequila Gran Añejo is made from 100% Blue Weber agave and distilled using the 400-year-old Charentais method. The tequila is aged a minimum of two years in French Limousin oak casks, and bottled in a replica of the 18th century Spanish royal crown.
Notify me when this product is back in stock.

This product is available in: CT, IL, NH, NJ, NY Unfortunately, we can't ship to PO Boxes and APO addresses. 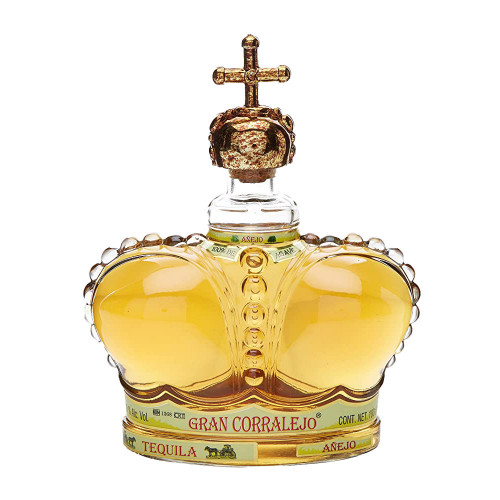 Corralejo Tequila Gran Añejo is made from 100% Blue Weber agave and distilled using the 400-year-old Charentais method. This expression, with a limited production of just 2,000 cases, is aged a minimum of two years in French Limousin oak casks, and bottled in a replica of the 18th century Spanish royal crown.

Sweet spice notes on the nose lead to a palate with citrus and hints of caramel and vanilla. The finish is long and full-bodied.