Size750mL Proof76 (38% ABV)
Corralejo Añejo 99000 Horas is an award-winning tequila made using the 400-year-old Charentais method and aged 18 months is small American oak barrels. Its name is a reference to the 99,000 hours it takes from the moment the agave is planted to when the amber-colored liquid is bottled.
Notify me when this product is back in stock. 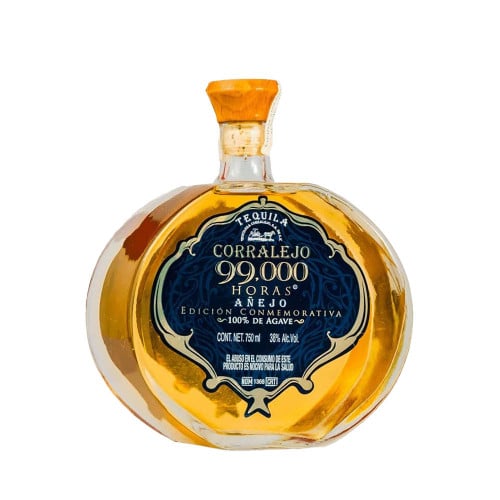 Corralejo Añejo 99000 Horas tequila is made from 100% Blue Weber agave hand-harvested from the fields in the state of Guanajuato. After it is distilled using the 400-year-old Charentais method, this expression is aged for 18 months is small American oak barrels. Its name is a reference to the 99,000 hours it takes from the moment the agave is planted to when the amber-colored liquid is bottled.

Herb, mint and agave notes intertwine with citrus, apple, and lime on the nose. The palate is smooth and full-bodied, with a blend of wood and fruit notes. The finish is long and silky.