Size750mL Proof80 (40% ABV)
A product of Westchester County’s first licensed distillery, COMB is a clear, unfiltered vodka distilled exclusively from Florida orange-blossom honey (hence the name).
Notify me when this product is back in stock. 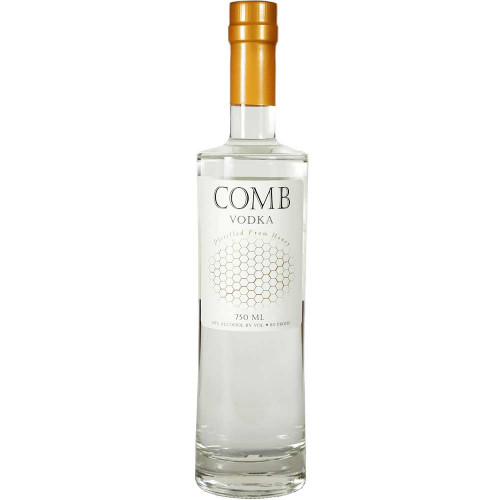 Just a half hour north of Manhattan in the village of Port Chester lies Westchester county’s first licensed distillery, Still The One. Owner Ed Tiedge ditched his job as a hedge-fund portfolio manager after the recession in favor of creating a simple product for pleasure and enjoyment. Though his wife was skeptical, Ed managed to create a feasible business plan and find enough investors to open a distillery, which he named for his wife who is “Still The One” after 26 years.

After some training at the Distillery Institute, Tiedge spent a month staging in Cognac, France, often times communicating with cognac distillers through a translation app on his iPhone. Though the neighboring distilleries used the same types of stills and grapes, their finished products tasted wildly different. Here, Tiedge developed a discerning palate and passion for the minutiae of distilling processes.

From the beginning, Tiedge knew he wanted to work with honey. Though it is both expensive and difficult to ferment, he insists that it yields a sweeter and more complex spirit than vodka distilled from potatoes, wheat, or corn. Some vodkas are distilled nine or more times, and the repeated heating of the alcohol can have an adverse affect on the final product. Instead, StillTheOne chooses a gentler and more precise method in order to capture the essence and character of the honey without introducing harsh flavors or aromas.

To make COMB Vodka, Tiedge starts with vats of Florida orange-blossom honey — chosen for the distinct flavor that comes from the flower — which he dilutes with water and impregnates with yeast, fermenting the solution in three steel fermentation tanks for about two weeks before transferring it to the stills a few steps away. Swirled into a glass from the base of one of the tanks, Tiedge’s mead is barely honey-hued, with just a hint of sweetness and a crisp, dry zing reminiscent of a good riesling. He distills the vodka from his honey wine.

The final product is clear though unfiltered, with an aroma of orange blossoms and butter pecan. The silky palate is followed by an earthy finish of dried fruit, sweet grass, and spice. Despite its sweet beginnings, COMB Vodka is classifiably dry, clean and sharp.

COMB won the gold medal at the International Review of Spirits in 2011, and garnered the silver medal at the 2011 and 2012 San Francisco World Spirits competition.

Aroma of orange blossoms and butter pecan. The silky palate is followed by an earthy finish of dried fruit, sweet grass, and spice. Despite its sweet beginnings, COMB Vodka is classifiably dry, clean and sharp.