Size1000mL Proof80 (40% ABV)
Clase Azul are known for their luxurious Día de Muertos special releases. The 2021 stands out in that it's the first of 5 expressions that are going to be released in the following years. It's Clase Azul's first single estate tequila. 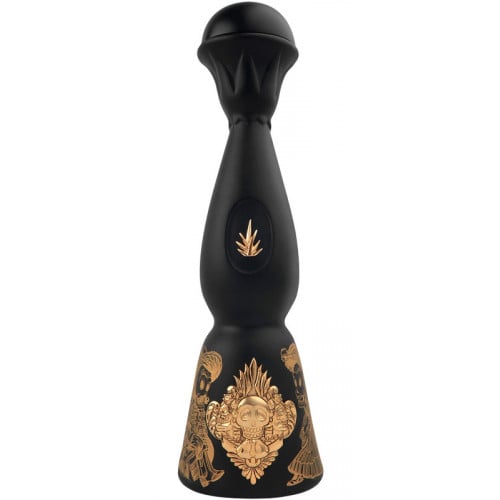 Clase Azul Spirits, founded by Arturo Lomeli in 1997, produces world-class tequila and mezcal. After some teething problems, the company sent the first bottles of its first reposado tequila to the market in 2000. Since then, the company has developed a range of luxurious spirits, which show a deep appreciation of Mexican traditions. Their unique bottles are handcrafted and individually painted by over 100 artisans from an indigenous community in the small town of Santa Maria Canchesdá, and each takes two weeks to complete. The company has strong ties with the community creating its products, and also comprises a non-profit with a mission to keep Mexican artistry alive and thriving by providing resources and support to local artists. The company also encourages the upcycling of its bottles, which offer endless possibilities for turning them into eye-catching everyday objects.

Clase Azul tequilas are produced in one of the highest points in Los Altos, or the highlands – in the town of Jesus Maria in the region of Jalisco. Clase Azul tequila is made using 100% organic Tequilana Weber Blue agaves. Harvested agaves are cooked in traditional brick ovens for 72 hours. The cooked piñas are crushed to extract the juices, which are then mixed with a special proprietary yeast. After the fermentation process, the alcohol is distilled twice with careful attention to ensure the highest quality spirit.

This limited edition release celebrates the Day of the Dead, Mexico's beloved holiday that is dedicated to the departed loved ones. The expression is a tribute to both the festivity and gastronomy that are part of the holiday. Día de Muertos Limited Edition Sabores is the first in a series of 5 installments that are going to come in the next years. This means that it's a very special release ― it's Clase Azul's first single estate tequila made from agaves from a small mountain in the Jalisco highlands called "El Cerro del Viboreo". Crafted by Master Distiller Viridiana Tinoco, it's a blend of añejo tequila that has spent at least 14 months in American whiskey casks with tequila that was aged in first-use, light & medium charred American oak casks. "Sabores" translates to "flavors" and the luxurious matte black decanter is adorned with golden Calaveras that are enjoying a feast.

Get your bottle of this luxurious limited-edition tequila today!

The nose is luxurious with candied orange peel, sweet agave syrup, and almonds. The palate is complex with citrus, clove, roasted coffee, and orange blossom. The finish is long with lingering orange zest.